Last week marked the beginning of my 3rd month as a meditation and mindfulness student.

And although two months is definitely not long enough for me to be able to lecture you on the life-changing benefits of meditation, it is a long enough time for me to tell you how much it’s fucked me up. Oooh yes.

To me, meditation used to be associated to the 4 following things:

The mere mention of meditation would make me cringe instantly and have me nodding politely until the one way conversation was over. Basically the same reaction as if a teenager started talking to me about witchcraft.

Last year, I was head down busy with the build of my startup, dedicating my whole time, brain, energy, soul to making shit happen. I felt powerful and super kickarse, yet I could feel my wings slowly burning and my doubts gradually creeping. Having relentlessly chased a dream to “be someone“, I ended up barely recognising the person staring back in the mirror.

Eventually, things unexpectedly turned upside down. I lost a friend and, with that, my faith in life. Nothing made sense anymore. At all. And I had/have never felt this empty and cheated – by the world, by life, by myself – in my whole existence. 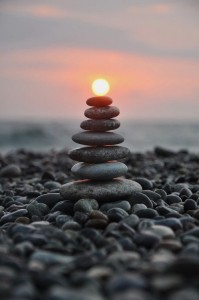 One day, Dan asked me what I wished for Christmas. “A better life” I muttered, smothered in a blanket of tears and disbelief I had rarely left for the past three months. Regardless, Dan kept asking, and his perseverance triggered a vague something that eventually turned into an idea:
“About that Christmas present. How about a better life balance?”

A few weeks of research later and, on Christmas Day, Dan gifted me the following:

Here is what I’ve learnt so far about meditation:

No matter how hard you might think it is, it is in fact much harder. Sorry.

I’m not even talking about the thoughts buzzing like raging hornets in your head – that’s the somewhat-amusing-but-actually-frustrating part. What I didn’t know is that meditation has the power to turn you into a temporary but complete wreck. The foundation part left me in such a state that I had to come up with an analogy to explain it to my friends:

You have a house. It looks sturdy on the outside but is a total wreck inside: the foundations are porous and threatening to make it all fall apart at any time. So you get on with the heavy work before it all crumbles: the walls get ripped, the foundations removed.

Now, anyone familiar with Grand Design knows that when someone attempts to lay new foundations, it automatically rains – making it a loooong and tough process for the concrete to set. That’s exactly what my brain felt like, and it left me feeling like such a freak that I got close to contacting the therapists behind the app, just to check if the “side effects” were normal. 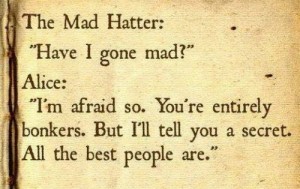 You thought meditation was a happy hippy game? So did I, and oh-my-goodness was I wrong. In all honesty, if death hadn’t been part of the equation, I would have probably given up by now – because yes, it is fucking tough. And maybe that’s why it’s an aspect of it people don’t talk about: if I had known how difficult it would be to rewire my brain, I would have probably never started this journey in the first place.

But I’m now in for the long run and, whatever I said at the very beginning, after more than 2 intense months of it, I can already feel that it’s changed my life and the way I look at the world. It opened my eyes on the fact that I am not my thoughts and I am not my feelings, that it is actually possible and okay to not think or feel – something I would have regarded as a denial of my rights only a year ago. 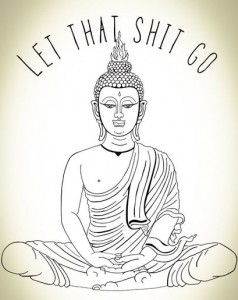 Instead, it empowered me with a whole new right:

The right to not give a shit.

About things that don’t matter to me. About having to say no. Giving me the right to not feel guilty about ridding myself of the poisonous elements in my life. The right to make space for the things that matter. To stop desperately seeking outside validation and to finally, after all these years, pursue my own fulfillment and have the courage to live my life the way I want.

By far the best Christmas present I ever received. 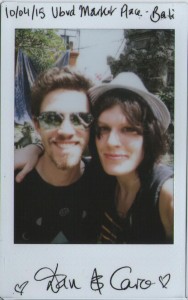